Will France Be the First Glyphosate-Free Wine in the World? 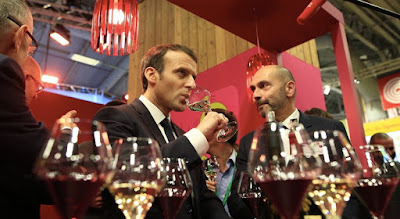 As consumers worry about traces of the weed killer in their food, French President Emmanuel Macron has proposed eliminating its use in France by 2022

"Macron likens glyphosate to asbestos. "Glyphosate, there's no report that says it's innocent," said Macron. "In the past, we said asbestos isn't dangerous. And the leaders who allowed it to continue, they had to answer for that." Macron believes French winegrowers could lead the way."

Read the story on Wine Spectator
Posted by Pam Strayer at 8:30 AM